The Ford F-150 has been the best-selling vehicle in America – and Ford is keeping that streak intact with its newly updated truck. Here’s what makes the 2017 Ford F-150 better than before.

Then, we come to the engine. Though the Ford line offers four different choices, make no mistake that the new darling at the rodeo is the turbocharged V-6 Eco-Boost, which first made its appearance back in 2011.

There are a good number of cowboys and cowgirls out there that will never be able to make peace with the idea that a smaller engine can provide better gas mileage and more towing power at the same time, but the numbers tell the tale. The 5.0 Liter V-8 provides 387 lbs per foot of towing power, which lags behind the Eco-Boost’s 420 lbs per foot and max capacity of 12,200 lbs. That makes this engine the best at hauling heavy loads, even with two fewer cylinders.

A truck like the F-150 doesn’t come cheap. Basic models start at $26,730. Obviously, the number of bells and whistles (trim, performance, safety, and entertainment) you choose to add on could hike the final price considerably.

With the release of the 2017 F-150 Raptor, get ready to dig even deeper into your pocketbook. This sleek, slick model is priced starting at a MSRP of $48,860. That’s a big jump, but Ford thinks there’s a market for what appears to be the new badass on the block. We’re betting they’re probably right.

Though the new F-150 allegedly tops out at 106 mph (computer limited by cautious engineers), we hope you’ll never put that to the test on any highway or byway in the United States. If you’ve got that kind of lead foot, consider a visit to the Bonneville Salt Flats. The rest of us are more concerned with 0-60 mph acceleration to get out of a tight spot and, of course, good old gas mileage.

Depending on model, expect to get fuel performance from 18/24 mpg with a new Ford truck. Though the Eco-Boost engine should put you at the high end of that range, the Edmunds review claims such lofty numbers are difficult to replicate in the real world. So, while gas mileage in full size trucks climbs industry-wide, cars like the Toyota Prius (42 mpg) won’t be looking over their shoulders any time soon.

Doesn’t matter, though. Apples and oranges. A Prius can’t hook up to a trailer full of cattle and take them to the sale barn.

Safety features with the new F-150 are essentially the same as in recent years, with no significant upgrades. The rear view backup camera makes hooking up to a trailer, even when you’re all alone, a breeze and includes a visual and auditory system that lets you know if you’re about to hit something. Considering the size and bulk of the top end trucks, this is a nice option to have in a tight parking lot. Airbags, daytime running lights, dusk-sensing headlights, airbags, and sturdy headrests are all standard.

In addition to an entertainment system built around four speakers, a cd player, and optional XM/Sirius radio, the new F-150 comes with a set of unique features that includes upgraded voice activated package called FordSync. While there are three different permutations of the technology to choose from, the bottom line is that you can make phone calls, listen to music, and select apps with your eyes on the road and hands upon the wheel. Come to think of it, this probably qualifies as a safety feature as well.

Best of the Best

According to an article in Business Insider, the Ford F-150 series has been the best-selling vehicle in America for 35 years. That’s a number that makes one sit up and take notice. Among full-size trucks, Car and Driver ranks it number one ahead of the Chevy Silverado, GMC Sierra, Ram 1500, and Toyota Tundra.

No matter how you look at, America has had a long-running obsession with the F-150, one that shows no signs of abating. Even as recently as July 2016, the F-series sold 11,000 more vehicles than its nearest competitor, the Silverado. All the other trucks have been chasing Ford for a while now.

The Bottom Line – Pros and Cons

No F-150 truck review would be complete without a pros and cons list. While the decision about which vehicle to buy comes down to personal preference more than anything else, here are a few points to ponder:

An interesting phenomenon has been brewing in America over the last decade or so. Trucks are becoming the new luxury vehicle. While it is still possible to buy a basic work model for the farm or construction site, more eye-catching luxury models are hitting the road everyday. The concept of a luxury truck almost seems to be replacing the longstanding tradition of a family sedan. With so many new breeds of truck equipped with four doors and comfortable seating for five or six people, it’s no wonder these vehicles have stood firm at the top of the best-selling list for years.

Should you buy a new F-150? We’re not going to make that decision for you, but one thing’s for sure. Regardless of which model or configuration you choose, you’ll have plenty of company driving the same thing out there on the highway. Is that a good thing or bad? Only you can make that call. But if you’re even a little bit interested, there’s this thing they have called a test drive. 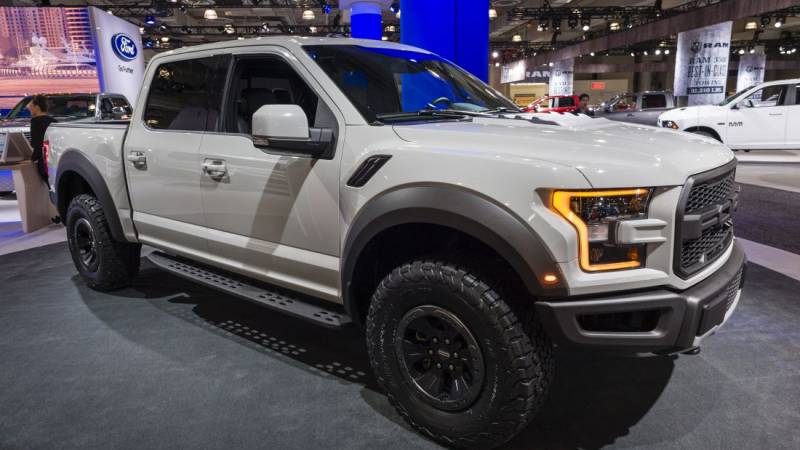