Type 2 Diabetes is characterized by high blood sugar levels over a prolonged period of time. It sounds innocuous, but this disease has become the scourge of the developed world. As of 2015, 415 million people globally have been diagnosed with diabetes, and Type 2 makes up about 90 percent of that total.

Why is it a developed world disease? In most cases, high blood sugar levels are a direct result of too much weight brought on by a rich diet and not enough exercise. Inattention to the problem can result in serious health complications over time like blindness, neuropathy, heart disease, stroke, and kidney failure. Luckily, Type 2 Diabetes is reversible if caught soon enough.

For best long-term management of Type 2 Diabetes, you need to make lifestyle changes, the first of which is normally dietary adjustment. While there is no specific diet for diabetes, the following guidelines can help construct healthier eating habits.

In general, focus on high-fiber, low-fat foods. We’re talking about fruits, vegetables, and whole grains. Fatty animal meat (like cheeseburgers and t-bone steaks) should NOT be a regular part of your diet. Get your protein from low fat options like fish, shrimp, chicken, and turkey. We won’t be the ones to say you should never indulge in red meat again — just keep in mind that it was thinking like that that got you into Type 2 Diabetes trouble in the first place!

Refined carbohydrates (like those found in a dozen donuts!) and desserts are not a good idea for those looking for foods that control diabetes. It would probably help to become familiar with the glycemic index, which lets you quickly predict which foods cause a quick rise in blood sugar. Eating low glycemic foods will keep your blood sugar stable for the long haul. A good rule of thumb is that high fiber foods tend to have lower glycemic index numbers.

If planning your own diabetic diet seems overwhelming, find a registered dietitian in your area. They can help you figure out what you should be eating and what you shouldn’t.

Those new to Type 2 Diabetes have often never made an exercise regimen part of their lifestyle. It’s time to change that. Next to eating a proper low glycemic diet, regular exercise is another critical part of controlling your disease over the long haul.

So, what’s the best type of exercise? First off, let’s call it physical activity. The word “exercise” gives some people the heebie jeebies. Think of it like this: The human body was designed to move. If it doesn’t move enough, you get problems like Type 2 Diabetes. Don’t get bent out of shape if you can’t stand the gym. Physical activity can be done almost anywhere.

Specifically, your body needs aerobic activity — about 30 minutes daily five days out of the week. Before implementing any new activity, get checked out by your doctor to make sure you’re healthy enough. Even if you’re a walking wreck, you can start with an easy, short duration activity and increase it slowly over time. Walking, swimming, and biking are all good options. It’s also a good idea to add in two days of weight resistance training weekly.

This combination of aerobic and weight training, combined with a diet that sticks to diabetic principles, is probably the best insurance against the disease you can find.

Lifestyle changes like diet and exercise are critical adjustments every diabetic should make, though the positive results in lower blood sugar numbers might be slow in coming. For that reason, your doctor may suggest a combination of medications to get your blood sugar under control more quickly, thus preventing the risks of diabetes like we’ve already mentioned.

Diabetes medications normally come in two forms. The first would be a blood sugar lowering oral drug like glimepiride, which works by causing the pancreas to create more blood sugar. If that doesn’t get the desired result, daily insulin injections might be necessary.

It used to be that insulin was a drug of last resort for diabetes sufferers. Today’s physicians tend to prescribe it sooner rather than later because it works so well. Obviously, some people don’t like the idea of injections, but the digestive process counteracts the benefits of insulin. Your doctor might prescribe a long-lasting dose at night combined (or not) with other smaller doses throughout the day. Before you get too freaked out about the idea, insulin is self-injected with either a tiny needle or pen injector. We won’t bother telling you that you’ll barely notice it – but you’ll barely notice it.

We should include a word about SGLT2 inhibitors, which are the newest drugs on the market, and not widely used yet. These medications work by a completely different process. Rather than boosting insulin, they prevent the kidneys from reabsorbing sugar back into the blood. Instead, it passes from the body in urine. Whether or not these inhibitors receive broad adaptation into diabetes treatment, only time will tell.

At least as important as the preceding discussions on Type 2 Diabetes treatments is the concept of education. Diabetes is the kind of disease that you really need to understand how the body processes (or fails to process) glucose.

Here’s a thumbnail sketch: Food is turned into glucose in the body and then sent out to be absorbed by all cells as energy. Under ideal conditions, your body produces insulin to regulate blood sugar (glucose) levels while this is being done. If the body doesn’t produce enough insulin, blood sugar levels spike, and you’ve got a problem.

The second part of your diabetes education is to keep track of your blood sugar levels. These days that is no big deal. Your doctor will probably prescribe you a home test kit which gives you a blood sugar reading with nothing more than a slight finger prick. You might be told to monitor it daily or maybe just three or four times weekly. The important thing is to track it enough that you have an idea what pattern it follows and can identify it within a reasonable period of time if something gets out of whack. Those managing Type 2 Diabetes should get used to the idea that they will be pricking their fingers on a regular basis.

The bottom line is that you shouldn’t take a Type 2 Diabetes diagnosis as something too scary. It’s serious, yes, and not curable, but it can be effectively managed for many, many years. People diagnosed in their 30’s and 40’s can go on to live a long, healthy life and eventually die of natural causes. The key is that you take action quickly after diagnosis. The best plan is a “wholistic” approach that focuses on diet, exercise, medications if indicated, education, and stress reduction. Do that, and the chances are good you’ll barely know you have the disease. 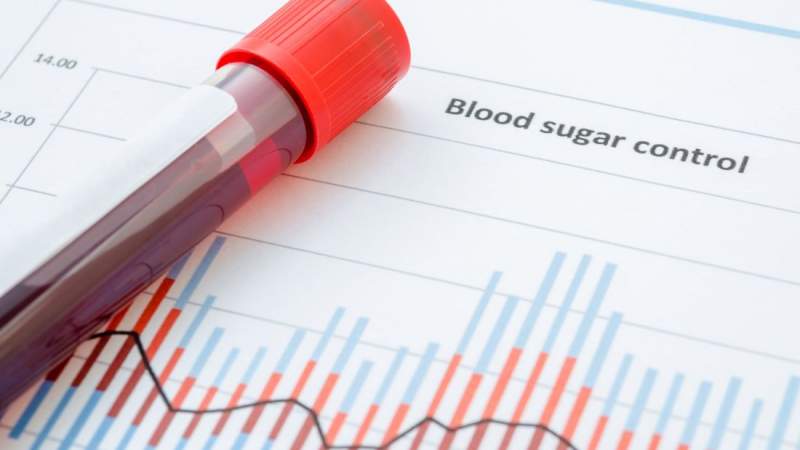