Top 3 Cable TV Providers in the US

While some consumers are leaning towards a cable-cutting lifestyle, cable television is still a booming industry in the United States. Companies like Comcast, AT&T U-Verse/DirecTV, and Dish Network all have a sizeable cut of the U.S. cable market and all offer an excellent choice of channels, services, and packages.

Choosing among the top three is often a non-issue because they typically don’t all operate in the same markets. On the other hand, if you have to choose between these companies, it’s wise to have a guide that will provide some of the pros and cons of each provider.

With that in mind, let’s take a look at what each offers in terms of price, channels offered, and customer service experience. To ensure a well-balanced perspective, this article will take into account pricing and service in the major metropolitan areas that have these services.

Comcast’s Xfinity service is one of the most popular cable options in the country. Currently, the company serves more than half of the country’s broadband customers and actually has more internet subscribers than cable subscribers. This is only by a small margin; they had 22.5 internet customers as opposed to 22.3 million cable customers as of a 2015 report.

After the much-publicized acquisition of DirecTV in 2015, AT&T has become the largest cable service provider in the country. Currently, the company has over 26 million subscribers and offers fiber optic-based packages that are similar to Verizon Fios. The AT&T U-Verse service is now available in 22 states.

One of the last bastions of exclusive satellite cable service, Dish Network still maintains a healthy share of the U.S. cable television market. Dish currently has over 13 million subscribers in the continental United States and keeps these subscribers happy with low rates and no upcharge on HD programming.

When it comes to the best available TV packages, you’ll have some great choices with any of the top three providers. With that said, let’s take a look at some of the best packages that each has to offer.

With Comcast’s highest Xfinity cable package, you’ll get about 260 channels; complete with a DVR that includes 500 GB of storage space. When it comes to promotions, Xfinity has some of the most competitive on the market. There is a major caveat in this regard though: promotions with this provider tend to last for one year, which is shorter than the industry standard two-year promotional span.

This provider has an absolute bevy of channels to select from, which is probably the biggest draw of U-Verse. With a premium package, you can expect to have a startlingly huge 450 channels, which is about 100 channels more than its next highest competitor. With the acquisition of DirecTV, U-Verse is now in available in many more households.

Although its technology is debatably dated, Dish Network still manages to maintain a high subscriber count due to its 290+ channel, America’s top 250 package. This is a very competitive package that also is currently under a promotion that locks in a low price for a full two years.

When it comes to average price in a metropolitan area, Comcast tends to tack on a lot of extra charges for the cable bill. DVR with the media titan costs an additional $19.95 a month. In addition to this, leasing fees for the equipment can cost you as much as an additional $10 a month. For just cable, with all of the available channels, their current deal will see you paying $69.99 for the first year. After this period expires, expect to pay around $121.55/mo. to $138.90/mo.

AT&T service includes additional charges as well, but traditionally, these aren’t as high as Comcast’s. Expect to pay about three to six dollars for equipment usage and two dollars for a “broadcast TV surcharge.” Current promotions will lock you in for all channels at $50/mo., which will go up to $95/mo. After two years.

Dish Network has the least extra charges of the top three and currently has a promotion that provides all channels for $74.99/mo. This promotion expires after two years, at which point you’ll be paying $89.99/mo for the 290+ satellite channels.

Comcast offers a relatively stalwart 260 channels of entertainment at its highest offering. This includes all major premium channels like HBO and Starz as well as several sports options including channels that specialize in college basketball and golf.

AT&T is the clear winner here, with as much as 590 channels offered in some areas. Also, as a fiber optic-based provider, channels tend to come in clearer then with traditional cable and satellite-based services. With this service, you can expect all of the pay channels, with a rich selection of on-demand content available.

Dish has a plethora of great channels to choose from, including relatively obscure pay channels like Starz Encore Westerns. In addition to this, you can also expect choices that span the majority of pay channels and a comprehensive sports package that even displays regional sporting events, so that you can follow your favorite local teams.

Unfortunately, Comcast is widely considered one of the worst for customer service. If you have a problem, you can expect to be on the line for hours. Many users compare traversing through the Comcast phone customer service to climbing a tree with disparate branches; you’ll be bounced around a lot to different representatives.

DirecTV has been well-known for being rated number one in customer service as compared to other cable and satellite TV providers. With its recent acquisition by AT&T, customer service has still been ranked very highly, though some AT&T customers have complained of the “phone tree” phenomenon with customer service.

Once again, Dish Network is a provider that many have had issues with when it comes to customer service. As a matter of fact, the cable industry is unfortunately well-known for poor customer service and problem resolution. A major issue that Dish Network subscribers have reported is that the company will actually ask you to adjust the dish, which can be dangerous dependent on placement.

Cable TV isn’t going anywhere. These providers are the top three in the country, but you have many more to choose from, including Time Warner, Charter Communications, and Mediacom. We hope this list has given you a little insight on what each company offers and we hope that you find a package that provides you with years of entertainment. 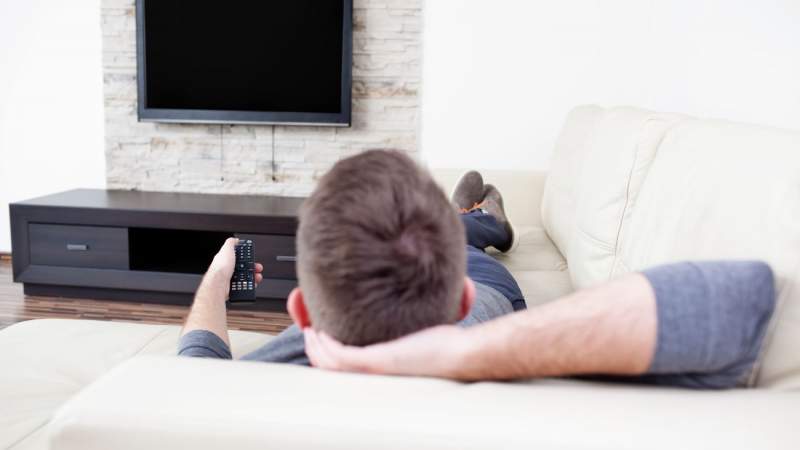