Inside the New Lincoln MKZ

With sculpted pillar and door-trim, Bridge of Weir leather-trimmed seating, and a Wollsdorf-leather-wrapped steering wheel, the inviting interior of the 2017 Lincoln MKZ defines luxury. Add the ambient lighting with seven color schemes to match your mood, and you have a car that makes driving enjoyable, whether you are in traffic or on the open road. Active noise control provides a quiet ride, and with the push of a button, the panoramic sunroof slides back giving you an open air ride. The redesigned, intuitive central control panel reduces the previous interior focus on buttons, knobs, media ports, and electrical outlets. The interior of the MKZ hybrid was designed to be almost identical to it’s non-hybrid counterpart, and the MKZ hybrid is the only luxury midsize hybrid sedan that has the same base price as its non-hybrid counterpart. You will not sacrifice any of the MKZ luxury for better fuel efficiency.

For the safety of you and your family, the MKC has the standard safety features. The adaptive cruise control with stop and go capability uses radar to monitor the speed of traffic in front of you. Then, it will automatically slow your car down to match the speed of traffic ahead or increase your car’s speed back to your set speed if traffic allows. It can also slow your car to a stop in stopped traffic and start your car moving again when traffic starts moving again.

The adaptive HID headlights turn in unison with the steering wheel for better visibility on curves and turns. As you approach the MKZ, the Approach Detection System illuminates the driver’s door handle and the ground beside the driver’s door. The enhanced active park assist feature uses ultrasonic sensors to help you safely park and leave both parallel and perpendicular parking spaces. Pre-collision Assist with Pedestrian Detection is another safety feature that is available. Radar and a camera monitor the road ahead for other vehicles or pedestrians. If anything is detected, you receive a warning. If you do not react quickly, the system will apply the brakes and slow your car down.

The 2017 Lincoln MKX comes with voice-activated Sync 3, which provides SiriusXM Satellite Radio, Sync AppLink, automatic 911 Assist in emergencies, and hands-free calling from compatible phones with calls transmitted through your car’s speakers. If you have climate control, you can use the Sync 3 to adjust your settings with voice commands. SiriusXM Travel and Traffic Link are also available with the Sync 3. The MyLincoln Mobile App with Embedded Modem remotely connects you with the MKZ, so you can remotely start, lock, unlock, and locate your car. For your listening pleasure, you can choose the 14-speaker Rebel Audio System or the 20-speaker Revel Ultima System. For your electronics, there are four USB charging ports with two of them in the rear seat area.

How Does the 2017 Lincoln MKZ Compare with Its Competition?

A few things really stand out with the 2017 Lincoln MKZ. The first is the new 400-horsepower engine on the 3.0-liter AWD model. It is the most powerful engine in the midsize luxury sedan class. This adds some driving excitement to this luxury sedan.

In a comparison with the Lexus ES, Topspeed.com pointed out that the ES is very similar in many areas to the MKZ, including the price, but the Lexus ES only has a 270-horsepower engine.

The Lincoln MKZ is built on the Ford Fusion platform and has been very similar in styling in the past. Much of that has changed with the 2017 Lincoln MKZ, and yet, the rear of the MKZ could use some more redesigning to make it look a little more luxurious. However, the MKZ offers many features as standard that competitors treat as extras. That makes the MKZ a better value than its competition. The new 400-horsepower, turbocharged, V6 engine also places it ahead of its competition. Finally, offering the hybrid version with very similar features at no extra charge makes the 2017 Lincoln MKZ a midsize luxury sedan to seriously consider. 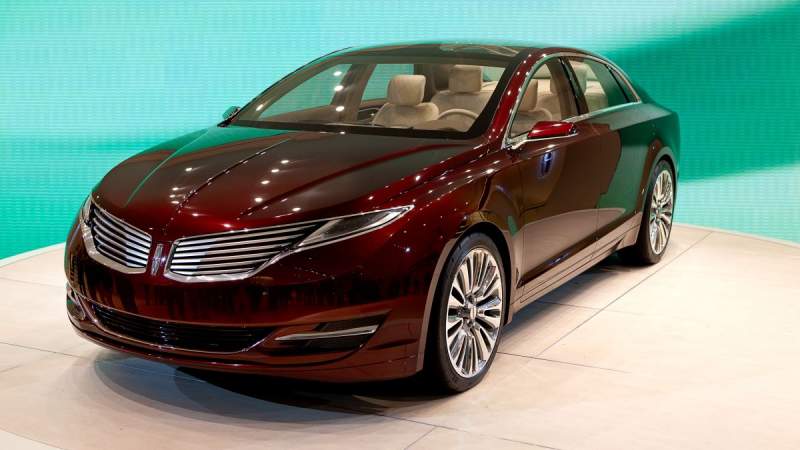