As one of the most popular automakers in the United States, Honda enjoys a reputation for quality, value, and thoughtful design that has made its customers some of the most loyal for more than 30 consecutive years.

For the 2016 model year, Honda is doubling down on the most important aspects of its U.S. business: great design, affordable cars, and great value-added features. This commitment can be seen across all of its cars, SUVs, and crossovers, but five of the company’s coupes and sedans stand out as some of the most remarkable products on the market this model year.

Prior to the 2016 model year, the Honda Civic’s design was derided by many critics as being “boring” and “uninspired,” especially when compared to the redesigned Toyota Corolla, Kia Forte, and Ford Focus. This year, however, the redesigned Civic is selling almost as fast as dealers can get new shipments on the lot. A new, sportier design is attracting loyal Civic owners who were reluctant to upgrade to the previous iteration of the bestselling compact sedan and coupe.

In addition to an all-new exterior design, the Civic comes with a number of unique features inside the car. The HondaLink system allows a smartphone to be fully integrated into the system, and it’s even compatible with Apple CarPlay and Android Auto. Keyless ignition allows for easy, push-button ignition in all weather conditions, while a refined engine promotes excellent fuel efficiency. The 2016 Civic gets 31 miles per gallon in the city and 42 miles per gallon on the highway.

Electric vehicles are the future, and Honda’s 2016 Fit EV is helping to get the American industry to an all-electric future. In fact, with the Fit EV’s initial release in 2012, the company was one of the first to debut an all-electric, consumer-ready vehicle. In 2016, the Fit gets a slight change to its design, with a premium grille upgrade and LED headlights and taillights across upgraded models.

The EV features a multi-link rear suspension and a 92kW electric engine providing quick acceleration and efficient driving. In fact, the Fit EV gets an eMPG of 132 miles in the city and 105 miles on the highway. That puts even the best hybrid to shame. Inside, the car is also considerably safer than many competing EVs, with standard front, rear, and side-curtain airbags for maximum driver and passenger protection in the event of an accident. HondaLink integration is standard on upgraded tiers, while Bluetooth connectivity, USB auxiliary power, cruise control, and steering wheel controls are all standard across the board.

Few midsize sedans are as popular as the Honda Accord, and this year the car gets something of an upgrade without undergoing a full-scale redesign. Taking its cues from the fully redesigned Civic, the Accord gets a front grille update, entirely new headlights, and full LED lighting both inside and outside the cabin. This makes the Accord refreshingly “new” in many ways, without the expense of a redesign.

Inside the cabin, consumers can opt for cloth or leather seating, a sunroof, and an upgraded infotainment system with full HondaLink capabilities. Interior comfort is only one part of the equation, however. The 2016 Accord also has parking sensors, rain-sensing windshield wipers, a backup camera, and lane departure warnings. It’s truly a high-value sedan for Honda fans.

Fuel economy is somewhat improved with the 2016 Accord sedan. The car gets up to 27 miles per gallon in city driving and 37 miles per gallon on the highway. This makes the Accord almost as fuel efficient as the new Honda Civic, which is a feat of engineering in and of itself.

While the Civic coupe is often marketed as Honda’s sportiest option, the Accord coupe is a strong competitor and a better option for those who like more cargo space inside the cabin. This year’s coupe has all of the same luxury amenities as the sedan version of the Accord, depending on which trim level buyers choose. Everything from lane departure warnings to rain-sensing wiper blades and a one-touch power moon roof can be added to the coupe to enhance its interior comfort and overall appeal.

Outside, this year’s coupe gets an updated front grille that is a bit sportier than the sedan. LED headlights and taillights provide added brightness and increased efficiency. Fuel economy for this model is also quite impressive. On the highway, the Accord coupe gets up to 35 miles per gallon. The number decreases to 26 miles per gallon in city driving.

Where the Honda Fit EV is a capable economy car with minimal energy consumption, the Honda Fit 5-Door is a sporty, compact car that’s perfect for the daily commute and city driving. Conceived as Honda’s first subcompact car in a generation, the 2016 Honda Fit is upgraded with optional LED headlights and taillights, HondaLink integration with Apple CarPlay and Android Auto, and a larger amount of internal cargo space.

A 6-speed manual transmission is standard on the base model, with an automatic engine standard across the upgraded EX and EX-L trims. Honda engineers focused heavily on aerodynamics for this model year, which has helped the Fit 5-Door achieve a 33-mpg city rating and a 40-mpg rating on the highway. That’s actually a bit better than subcompact cars from the competition, including the Mazda2, Kia Rio, and Chevrolet Sonic. Eco-friendly buyers will probably want to opt for the Honda Fit for its cargo space as well as its fuel efficiency, however. This model is particularly roomy with the rear seats folded down, making for a top-notch hauling experience despite the car’s small size.

Honda’s edgy designs may have gone missing for a few model years, but the company’s cars are back this year with updated designs, redesigned grilles, and new cabin features that outshine the competition. With a wide array of models available at all price points, and the option to go all-electric with the Honda Fit EV, most Honda enthusiasts will find that it’s the right time to upgrade. 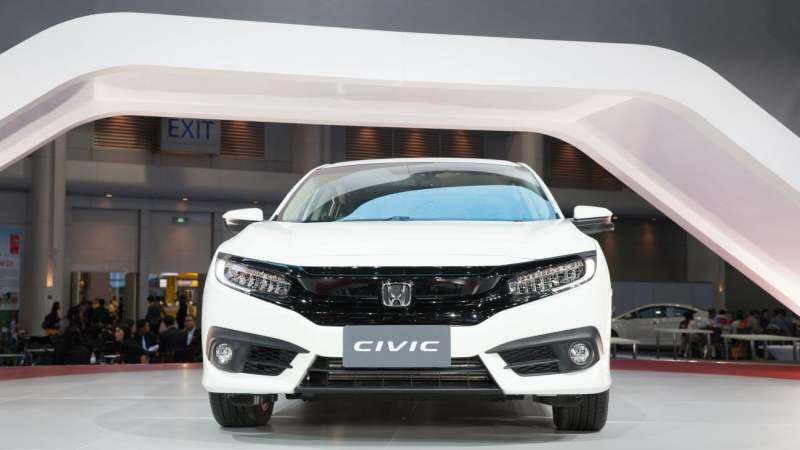