What to Know About Multiple Sclerosis

Multiple sclerosis (MS) is a chronic neurological disease, that affects the myelin that protects the nerves. MS causes the myelin to break down as the body sees it as a foreign substance and attacks itself. The word “sclerosis” means scar, and refers to the lesions that form once the myelin is damaged. Unprotected nerves cannot function and therefore cause a wide range of health symptoms that differ in severity.

Myelin is similar to the insulation coating around electrical wires. When this protection is damaged, exposing nerve fibers, the neurotransmitters that travel along the nerve can be severely slowed or completely blocked. The nerve itself may also become damaged.

This chronic condition does not yet have a cure. However, for most patients, MS is not fatal, and they typically have a normal life expectancy. Rarely do complications become so severe that MS results in death. There are treatments available and lifestyle changes that can make MS manageable.

The symptoms of MS vary not only from person to person, but also with different attacks. Some of the most common symptoms include fatigue, vertigo, intolerance to the heat, poor bladder control, mobility issues, and sensory issues.

Leading up to an MS attack, often the patient gets little to no warning before the attack hits. They usually worsen while the patient is sleeping, so the patient will often wake up to realize their symptoms are increasing. Sometimes, this starts with a sensory symptom, such as numbness in the leg, and increases within a few days to affect the motor skills. This may lead to the loss of use of that leg temporarily until the scar is able to heal on its own or until the patient receives treatment.

Optic neuritis is also one of the most common symptoms of MS. This can result in a few different issues with the eye. First, double vision is an optic symptom. Here, one of the eyes loses its function to move, and therefore the eyes no longer move together. This results in double vision. Another optic neuritis symptom is complete vision loss. For people with MS, this often starts off with a gray spot in their vision and grows within a few days to complete black in one or both eyes. This can be treated with steroids and may last for two weeks. Another optic neuritis symptom is pain behind the eye. This may result in blurry vision and is uncomfortable behind the eye as it is achy.

The damage that is done to the nerves by Multiple Sclerosis also affects the ability for patients to execute critical thinking, as well as other cognitive skills. Patients with multiple sclerosis often suffer from memory problems and coming up with the right words to say what they want. It is also common for MS patients to have a difficult time concentrating and paying attention. Damage done to the myelin may also have a negative effect on problem-solving skills. Difficulty thinking often leads to depression, frustration, and anger.

There is no known cause of multiple sclerosis, although it may have a genetic link. Environmental factors may also be an issue, as people in northern climates have a higher likelihood of developing MS than those in warmer climates.

Some risk factors that increase one’s chances of developing MS include age, sex, family history, infections, race, autoimmune diseases, and smoking. MS can come about at any age, but it is most commonly diagnosed in people who are between the ages of 15 and 60. About two thirds of people suffering from MS are women. Several viruses have also been linked to MS, such as Epstein-Barr, which is the virus that causes mononucleosis.

When it comes to race, white people, especially those of Northern European descent, have the highest risk of developing this disease. Alternatively, people of Native American, African, or Asian descent have a very low risk of developing MS. People suffering from certain autoimmune diseases, such as thyroid disease, inflammatory bowel disease, and type 1 diabetes have a higher likelihood of developing MS. Finally, people who smoke have a higher likelihood of having multiple exacerbations of their MS.

There is no cure for this disease, and treatments typically focus on speeding up the recovery time from attacks. They also slow the progression of the disease while managing its symptoms. Some MS patients are able to change their lifestyle a bit and do not need medical intervention, because their MS symptoms are mild.

During a relapse, a patient will have one of two treatment options to speed up the healing process. These include corticosteroids, which is typically a mixture of oral prednisone and intravenous SoluMedrol. These are prescribed to rapidly reduce inflammation in the body. These strong drugs come along with side effects such as increased energy, insomnia, rash, increased blood pressure, weight gain, mood swings, stomach aches, and fluid retention.

Another treatment option for relapses is plasma exchange. During this process, the liquid portion of the blood is removed from the blood cells. The liquid is separated and the blood cells are mixed with a albumin, which is a protein solution. The plasma is then put back into the body. This route of treatment may be used if symptoms are rapidly appearing, severe and they have not responded to steroids.

Maintenance drugs are used as treatments to slow the progression of MS. A lot of the immune response that is associated with MS happens in its early stages. Beginning aggressive treatment with a disease modifying drug soon after diagnosis can slow the formation of lesions and lower the relapse rate.

A lot of the therapies that are used to treat MS come with significant health risks. Each patient must take time with their doctor to select the best therapy for them, considering their lifestyle, child-bearing plans, cost, other health issues, and use of other MS treatments. These treatment options include:

This is a synthetic daily sub-cutaneous injection. It helps block the immune system’s attack on the myelin sheath. These injections may result in injection site reaction, pain at the injection site, and an immediate post-injection reaction, which causes shortness of breath for up to ten minutes.

These are the most commonly prescribed MS medications. They are injections that vary in frequency depending on the specific drug prescribed. Beta interferons can reduce both the frequency and the severity of MS relapses. These injections may result in flu-like symptoms or skin irritation at the injection site.

Patients who choose beta interferons need a blood test every six months to monitor liver enzymes. Liver damage is a possible side effect of the drug. People who take interferons may also develop neutralizing antibodies, which reduce the effectiveness of this drug.

This is an oral medication, taken once each day, that reduces the rate of relapses. Patients who choose this treatment must have their heart rate monitored for the first six hours following the first dose, due to the possibility that the heart rate may slow down. Some other common side effects of this drug include headache, blurred vision, and high blood pressure.

This is a pill that is taken once per day that can reduce relapse rate. This drug may result in liver damage, hair loss, and other unpleasant side effects. Teriflunomide is a high risk drug during pregnancy, due to its potential to be harmful to a developing fetus. It should not be used by anyone who either may become pregnant or may get their partner pregnant.

This twice daily pill can help reduce the frequency of MS relapses. Some side effects may include nausea, flushing, diarrhea, and lowered white blood cell count.

Tysabri blocks the movement of immune cells that are potentially damaging in your bloodstream to your spinal cord and brain. Tysabri is preferred for people who have severe MS. However, this medication carries a risk with it, as it increases the chances of contracting a viral brain infection called progressive multifocal leukoencephalopathy.

This drug targets a protein that is located on the surface of immune cells and depletes white blood cells. This can limit potential nerve damage that is caused by white blood cells, however it also increases the risk of other infections and autoimmune disorders.

This treatment requires a five day infusion at the beginning of treatment, followed by an additional three days of infusions one year later. People who take Lemtrada often have infusion reactions. 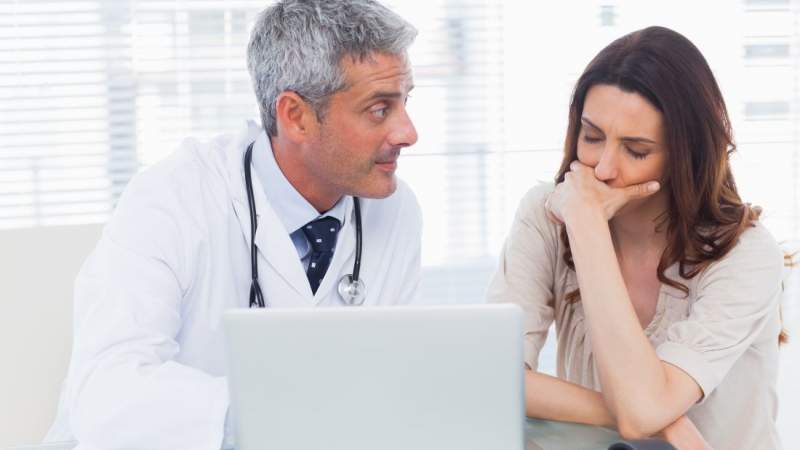