What You Need to Know About Erectile Dysfunction

Also referred to as impotence, erectile dysfunction (ED) is a condition where a male cannot get or maintain an erection long enough to have sexual intercourse. The majority of men have the occasional bout of ED. The most common symptoms in these cases can be stress, drunkenness or emotional difficulties. According to the National Institute of Diabetes and Digestive and Kidney Diseases, almost 30 million American men are suffering from ED at any time.

It should be noted that aging is not a guarantee a man will get ED. While the inability to get an erection might increase, it does not mean a man has ED. Overall, medical studies have found the healthier the man, the better his ability to have sex.

What is an Erection?

When a man gets sexually aroused, there is an increased flow of blood to the penis. This arousal can be the result of direct contact or sexual thinking. The arousal, caused by sexual excitement, actually relaxes muscles in the penis. It is this relaxation that allows blood flow to increase significantly in the arteries.

Two chambers in the penis flood with blood. These are the corpora cavernosa. With the massive rush of blood, the physical reaction is the penis becomes rigid. The male retains the erection until the muscles contract and blood flows out of the penis.

Erectile dysfunction is basically a disruption in the aforementioned blood flow. Risk factors that can lead to ED include:

Any one or combination of these factors can contribute to ED. There are treatments available, including medication. However, some treatments for the most common symptoms require simple lifestyle changes.

When we speak of symptoms of erectile dysfunction, we are essentially referring to potential causes. Traditionally though, the medical community looks at symptoms as qualifiers for identifying conditions, diseases and ailments, sometimes before they truly impact health. In that regard, there are actually no symptoms of ED. A man simple becomes unable to sustain an erection.

If you engage in or suffer from any of the above causes, there is a greater possibility you will suffer from ED. Again, aging itself can have a dynamic impact on erections. But, overall, there are no signs for forecasting ED.

What to Do if You Suffer From Erectile Dysfunction

There are treatments for erectile dysfunction. Believe it or not, not all of them have anything to do with little blue pills. Risk factors — the underlying causes of ED — will determine what type of treatment should be applied. If caught in its earliest stages, doctors may simply recommend counseling or lifestyle changes, such as avoidance of alcohol. Some treatments could include surgery.

Diseases that impact a body’s blood flow, like cancer or diabetes, can significantly increase the possibility of ED. Doctors can review your health history and help determine appropriate treatments.

Unfortunately, men can be resistant to discuss the issue. Some men find that not being able to perform sexually diminishes their egos. Many men tend to look for solutions online. This has become a multi-million dollar industry with many so-called treatments being a waste of time and money. Some of these products are not safe. Most are fraudulent.

The irony here is many men who are unwilling to discuss the issue may not need invasive treatments or to chance the health risks self-prescribing one of these fraudulent “cures.” They could receive better, cheaper, and safer care through professional counsel.

The Future of Erectile Dysfunction

The future of treatments for erectile dysfunction is likely to focus more on medications that work rapidly and are more effective. Right now, there are five approved drugs available for managing ED:

Among the newest treatments for erectile dysfunction are:

Melanocortin is an activator that impacts the nervous system and is often referred to as a libido drug. Initial studies produced erections in animals. Other studies have suggested the best way to apply the drug is through the nose and it might be best for men whose ED is psychological and emotional as opposed to physical.

The drug alprostadil is used to treat ED as an injection or suppository. Topiglan is a version of this drug except in cream form. It is applied directly to the penis and considered more convenient than alprostadil. It is still up the air about how patients would benefit from topiglan and why it would be better than alprostadil.

Apomorphine, or uprima, stimulates dopamine, a component that enhances sensations and sexual interest. There can be side effects like vomiting and nausea. Some test subjects were known to pass out after taking uprima. Still relatively new to the market, many are buying it online. Do not use uprima without talking with a doctor first.

Whether it is medication or lifestyle changes, it is imperative to remember treatments may not work for everybody. Patience with the process is going to be critical.

The inability to perform sexually means a great deal to men. Their sexuality is entwined in their masculinity. Many men will fake premature ejaculation before admitting to losing erections. It is important men learn to talk about ED openly not just with their doctor but their partner. Honesty is the first step to management. 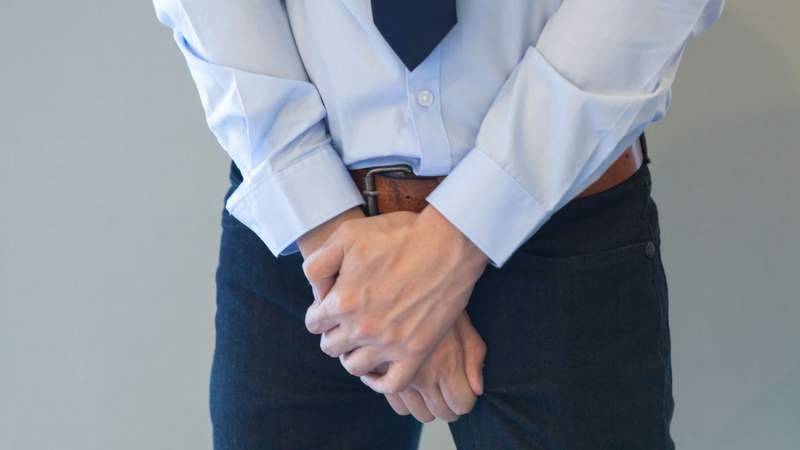