Depression: What the Latest Research Says

For a long time, people thought that depression was primarily caused by sad life events, but modern medical discoveries have found that it is often affected by a variety of circumstances and physical issues. New studies are finding that depression can affect many different aspects of mental, physical, emotional, and social health.

Fortunately, new knowledge about this harmful condition may help to develop new treatments that are more effective, and some of the newest research from 2016 is revealing particularly promising information.

Gene That Causes Depression Is Identified

The Journal of Schizophrenia just published a study from a team of researchers at the University of Edinburgh that has targeted one of the key causes of depression. You may have already known that depression may be somewhat hereditary, but this is one of the latest studies to pinpoint the genes that are causing children to inherit depression from their parents.

A certain genetic mutation to the gene DISC1 can cause alterations to the structure of the brain. This reduces glutamate levels in the brain and therefore significantly increases a subject’s chance of developing schizophrenia, bipolar disorder, or depression. Since people with this mutation cannot naturally produce this important amino acid, the researchers theorize that nutritional supplements might be used to treat patients with the genetic mutation that is causing depression.

Social Media Can Be Used as a Diagnostic Tool

The first step to seeking treatment for depression is getting a diagnosis, but many patients find out that this step is very difficult. In an interesting study from Andrew Reece at Harvard University, test subjects answered questions about their depression while the researchers surveyed over 40,000 Instagram posts by the test subjects. In general, it was discovered that the people who had depression tended to post pictures with heavy blue and grey coloring.

This is just one of many studies that has found certain social media trends are common among patients with depression, and doctors are beginning to realize that this research might help them to more accurately diagnose patients.

The University of Pittsburgh just released some potentially life-changing research through the American Journal of Psychiatry. A team of researchers lead by Professor David Lewis found that treating metabolic disorders improved depression symptoms among patients who had a particularly treatment-resistant form of depression. The researchers used test subjects who did not respond to traditional treatments. It was discovered that 64 percent of the test subjects all happened to have an underlying metabolic condition that kept their body from properly processing nutrients. Though not all subjects had the same type of metabolic disorder, they all had improved symptoms once the metabolic condition was treated.

The researchers theorize that their treatment methods were so effective because the metabolic conditions were preventing subjects from properly synthesize the neurotransmitters needed to regulate brain function. Therefore, if you have depression, you may want to talk to your doctor about testing for metabolic conditions.

You might not think that mice can suffer from depression, but a lot of treatments for depression have actually be created through examining mice. This type of research is useful because mice tend to be affected by the same neurotransmitters as humans. Most antidepressants work by elevating neurotransmitters such as dopamine, but some new research by Northwestern University may have revealed a better method of making antidepressants.

The researchers found that lowering certain protein levels removed depression symptoms while elevating the same HCN protein levels increased depression. These findings are very revolutionary because they show that neurotransmitters and neurochemicals are not the only way to affect depression. It may be possible to create more effective medications by altering protein levels instead of neurotransmitter levels. So far, the study has only been done using mice as test subjects, but the researchers hope to recreate their findings among human subjects soon.

Brain Inflammation Is Linked to Depression

The findings of this study are relevant even if you do not have multiple sclerosis because they show just how damaging brain inflammation can be. Many people suffer from brain inflammation due to even minor infections, and this could be exacerbating depression symptoms. The study authors have just published their research, but they hope to now develop a depression treatment that will reduce brain inflammation.

Nature May Be Able to Ease Depression Symptoms

One of the latest studies published in Scientific Reports details the findings of Dr. Danielle Shanahan and other researchers at the University of Queensland. The researchers analyzed several patients with depression and found that there was a marked improvement in symptoms after subjects spent at least a half hour outside each day.

There are a few different reasons that spending half an hour in nature may be so beneficial. The exposure to bright sunlight can regulate people’s natural circadian rhythms, encouraging restful sleep. The researchers also theorize that the complexities of nature stimulate the brain because trees, leaves, and grass are all extremely visually complex. Therefore, you may want to start spending a bit more time outside if you have depression, since it might be an easy and safe way of alleviating depression. 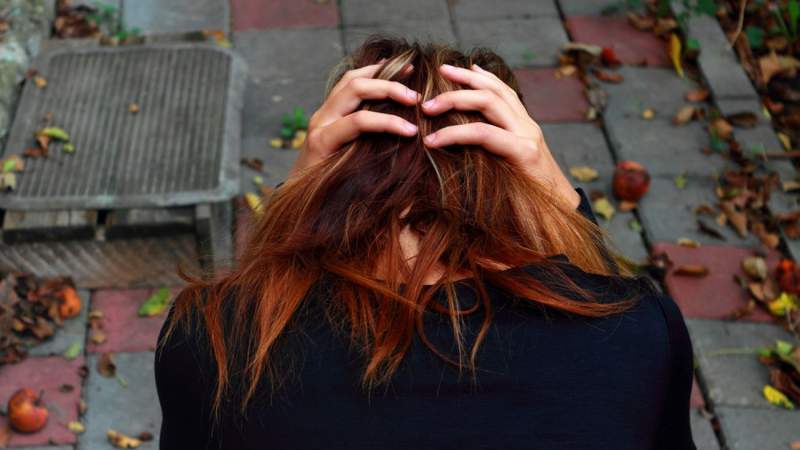