Over the past few years, the tablet market has gone down thanks to the emergence of a high number of mobile phones and laptops. Nevertheless, 2017 has seen an increase in the number of tablets released. They now rival laptops in terms of sales, as they offer accessories such as an external keyboard to enhance the desktop-like experience, while remaining easily mobile.

You have a host of choices when it comes to tablets; the new releases come with a plethora of high-tech features, and it may be painstaking for you to discern the best from them all. To choose the most compatible tablet for you, consider its performance (speed and responsiveness), screen quality (resolution), size, battery life, storage space, RAM, and price to quality ratio. Other factors to consider include camera quality and security features.

Seeing that tablets are designed for portability, manufacturers are coming up with sleek designs as seen with Google, Apple, Microsoft and Samsung’s new releases. A tablet that comes with all the basic apps installed is better, but then this should not be a big issue if you are tech savvy as you can easily download apps from iTunes or Google Play.

Below are the tablets that we’ve deemed the best for 2017.

The new iPad Pro is a more enhanced version of the iPad Air 2. Its predecessor, the iPad Pro 12.9-inch was crazy big but with great features. The 2017 model is compact and comes with better features, such as a pressure sensitive stylus pencil, side connected keyboard, and quad speakers. Its responsiveness and speed are pretty much similar to those of the 12.9-inch tablet.

This tablet features a 12mp rear camera capable of 4k video with flash and a 5mp front camera equipped with retina flash. This gives you photos as clear as those taken with an iPhone 6S.

The display of this tablet has been improved. It comes with reduced glare, Trutone auto color adjustment, brightness boost and a better version of the iOS 9.3 Night Shift. The iPad will automatically adjust color temperature to match your surroundings. This makes the device easier for both indoor and outdoor use. It comes with 2GB RAM and an internal storage of up to 256GB with no MicroSD slot.

The battery life of this tablet is the same as the Apple iPad Air and iPad Pro 12.9”; it lasts 10 hours with video playback, 50 percent brightness and Wi-Fi off.

The 9.7-inch model is less expensive than its predecessor, the 12.9-inch model. However, at $599.99, it is still more expensive than other tablets, especially the iPad Air. The highest capacity tablet, equipped with 256GB, built-in LTE cellular wireless, and a pencil and smart keyboard, can set you back a thousand dollars.

Cons
• Steeper price with expensive accessories
• Less RAM and processor slower than that of 12.9-inch model
• Overall flexibility of the iPad restricted by iOS

Even with these great features, the iPad Pro 9.7”, though featuring the same processor as the iPad 12.9″, is slower in speed. Nevertheless, it multitasks just fine.

The iPad Pro 9.7-Inch offers the best balance between portability and performance. You can say it is the best iPad yet. However, it still cannot replace a laptop.

Google has released a lot of tablets in connection with other companies, such as HTC and Asus. The Pixel C, however, is its first entire solo design from the basics up – and it is its greatest tablet so far. Starting at $500, the Pixel C is offered with an aluminum design which is not only elegant, it’s also solid. They offer an optional magnetic keyboard that operates through Bluetooth, also with the same build design making the tablet look great.

The Pixel C sports a 10.2-inch screen with a pixel density of 308 ppi. It weighs 557 grams, which is light. It runs on Android 6.0 Marshmallow with Nvidia X1 Quadcore processor. For a better processing speed, the tablet features 3GB RAM. Based on the storage space you need, you can buy the 32GB or the 64GB model.

The Pixel’s battery can last 12 hours and 42 minutes on video playback. You can capture some breathtaking photos with the 8mp rear camera or some selfies with the 2mp front camera. It comes with stereo speakers and quad-noise-cancelling microphones for better audio.

The greatest feature of this tablet is its Bluetooth keyboard. The keyboard is magnetic, connects via Bluetooth, and charges from the tablet inductively. The keyboard is small yet spacious enough to allow for fast typing. The moment you magnetically connect the keyboard to your tablet, it is detected, and the on-screen keyboard disappears.

This device retails at $500. This is slightly lower than other tablets in this list and given its great features, the price is a pretty good steal.

Cons
• When attached to the keyboard, the tablet is a bit heavy
• No cellular connectivity

The Pixel C is competing for the market with the Microsoft Surface 3 and Apple iPad Air 2. While the Surface 3 comes with features that allow it to easily replace a laptop, the iPad Air 2 is great for video streaming and gaming. The Pixel falls in between the two.

If you need a tablet you can use for leisure activities and still do some office work with, this is a great choice.

If you love streaming videos from your tablet, then the new Galaxy Tab S3 should be your top choice. It is a stylish tablet with an all-glass construction and a crisp, vibrant screen. The Tab S3 is sold as the first HDR-Ready tablet.

It is equipped with the Samsung S-pen stylus, which comes in handy for those who need to take notes the old-fashioned way. This pen is in the same range as the Apple stylus pen that accompanies the iPad Pro 9.7”. The Tab S3 was created for leisurely activity, but with its pen, the tablet can be productive in light office work.

Galaxy Tab S3 sports GSM.HSPA/LTE technology and thus gets cellular connectivity through a Nano SIM. It weighs 517g and comes with AMOLED capacitive touchscreen with 16M colors. It is a 9.7-inch screen with 264 ppi.

Running Android 7.0 Nougat and a quadcore processor, the tablet is fast enough to parallel the competition. It is offered with 4GB RAM and 32GB internal storage. This can be boosted up to 256GB with a microSD. It has four stereo speakers for better audio. The primary camera is 13mp with LED flash (which is better than other most tablets in the market), and the front camera is 5mp. This tablet features a 6000mAh battery which can last up to 14 hours with video playback.

The tablet costs $600, which is the same price as the Apple iPad Pro 9.7” and slightly higher than the Google Pixel C.

It is battling for market share with big players, such as the Google Pixel C, Microsoft S3 and Apple iPad Pro 9.7”. For a premium-priced tablet, gaming graphics are not as good as they should be. It beats the competition on design, RAM and camera features.

The Galaxy Tab S3 is a great tablet. It is useful for content consumption and leisure activities. It is great if shooting videos, taking photos and video streaming are your thing. 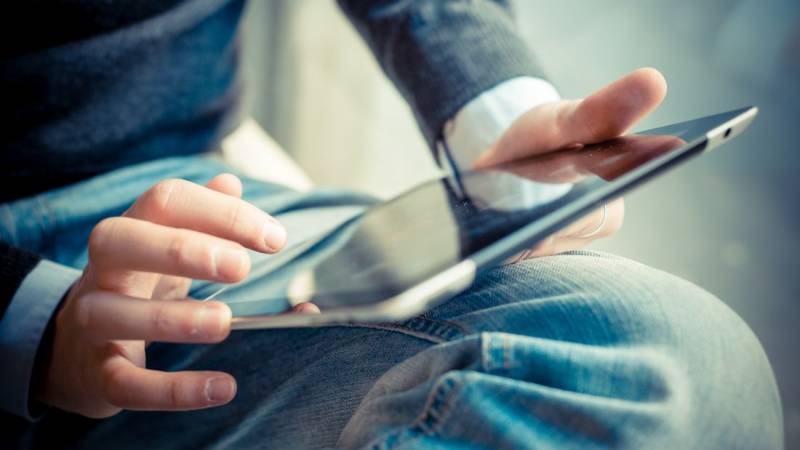