Though “cloud computing” is one of the hottest phrases in technology right now, many people simply don’t understand what the cloud is or whether they should even care about what it has to offer. Many people view the cloud as some remote, high-tech space that simply doesn’t concern their daily lives. This could not be further from the truth. In fact, it’s possible that many people have been using and benefitting from cloud computing technologies for as long as 20 years.

Before dismissing the cloud as a trend, fad, or something too advanced to understand, consider these five things that most people don’t know about cloud computing.

While the term “cloud computing” might be a relatively new addition to the mainstream tech vocabulary, the concept dates back to at least the early 1990s. During that time, ADP began working on a cloud-based, remote payroll system that could be used by large organizations to more efficiently manage their employees’ salaries and benefits.

Stored on remote servers and accessed only in the office, the ADP payroll system in the 1990s became the first “software as a service” application to achieve mainstream use. Because ADP dominates the market share for these services, chances are high that most people have actually benefitted from the cloud for two decades without even realizing it.

It’s not necessary to be an IT professional to use the cloud on a daily, almost routine basis. Consider the fact that social media sites like Facebook and Twitter are based on remote servers. Every time these services’ websites or apps are accessed, the cloud is being used. The cloud is also a nearly ubiquitous form of storage.

Services like iCloud, Dropbox, OneDrive, Google Drive, and Box.com all specialize in cloud computing. Even most email services, like Gmail and Outlook.com, provide cloud-based access to email on remote devices like laptops, tablets, and smartphones. The truth is, any Internet-connected user relies on the cloud to do most of their daily web browsing, communicating, and productivity tasks.

If the term “cloud computing” has gone mainstream in recent years, the term “fog” has certainly remained a foreign concept to most technology users. Though the concept might be new, the existence of digital “fog” in the world of cloud computing is both real and a major part of what makes the cloud so quick and effective. In the tech world, “fog” is a term used to describe physical devices that store copies or fragments of cloud-based documents.

One example of the fog is Dropbox, which stores files on both a cloud-based server and a user’s personal computer. The benefit of fog is that it allows common files to be accessed quickly and saves on broadband data usage. Within the Internet of Things, the fog also allows quick changes to settings and personal preferences without waiting for a remote file to load and “loop back” to the device and its user.

Cloud computing has always been about convenience and the ability to add value to daily lives. One way to understand how cloud computing has actually helped most people get more for less is to consider something like renting a movie. In an era before the cloud, renting a movie involved driving to a video rental store, hoping that the desired movie was in stock, and then watching it within a set period of time. The movie would have to be returned, necessitating a return trip to the store.

With cloud computing, movies are stored on remote servers that can be accessed on smartphones, tablets, laptops, and televisions with a single click. After a quick download, the movie is ready to watch. Time and the cost of fuel were saved. Thanks to the ease of delivering the movie, digital rentals are also more affordable than their predecessors in video stores. This same thought process applies to photos, which no longer need a large album for storage. Contacts can be stored in the cloud instead of in an address book, and it’s easier to both add and find contacts in a cloud-based system. If time is money, the cloud represents a big savings.

Just a few years ago, expanding a device’s storage often meant either purchasing a new device or spending money on a better hard drive. There simply was no other way to store more information without upgrading hardware. Today, that’s almost a last resort. The cloud has made it possible to enjoy technology upgrades that are purely software based.

Today, almost every piece of hardware can last longer, do more, and store more information, and it’s almost entirely because of the cloud. This concept of software-based upgrades has also made it easier to update cloud-based software remotely, saving businesses time and money on what used to be a costly, machine-by-machine process. The inherent time, money, and productivity savings of the cloud have also made it easier to start a small business and generate a substantial profit earlier in the process.

Though the concept of cloud computing might be perceived as new, foreign, or too complex to understand by most people, the reality is quite the opposite. Cloud computing dates back to at least the early 1990s, while its simple implementation across services like Dropbox, Netflix, and Facebook makes it an easy concept to grasp. Because of the wide-ranging benefits that cloud computing offers to both individual users and businesses of all sizes, it has revolutionized the way people live, work, and play. Even more exciting is the fact that cloud computing, relative to other technologies, is still in its infancy. Indeed, most experts agree that the best is yet to come. 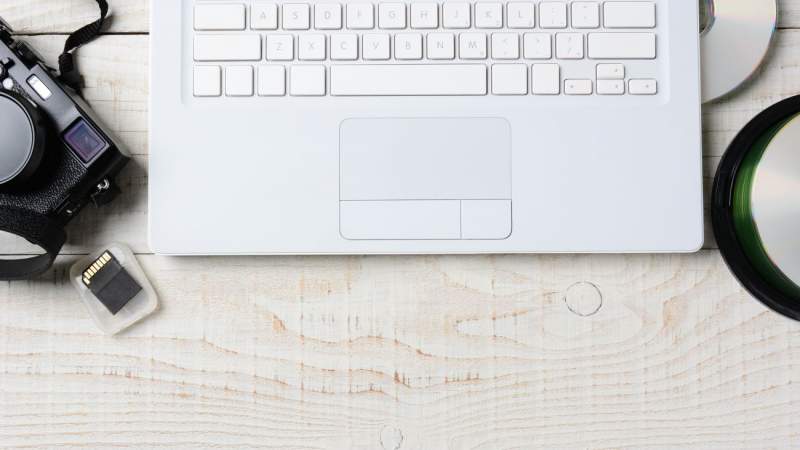